The Race to Understand Racism 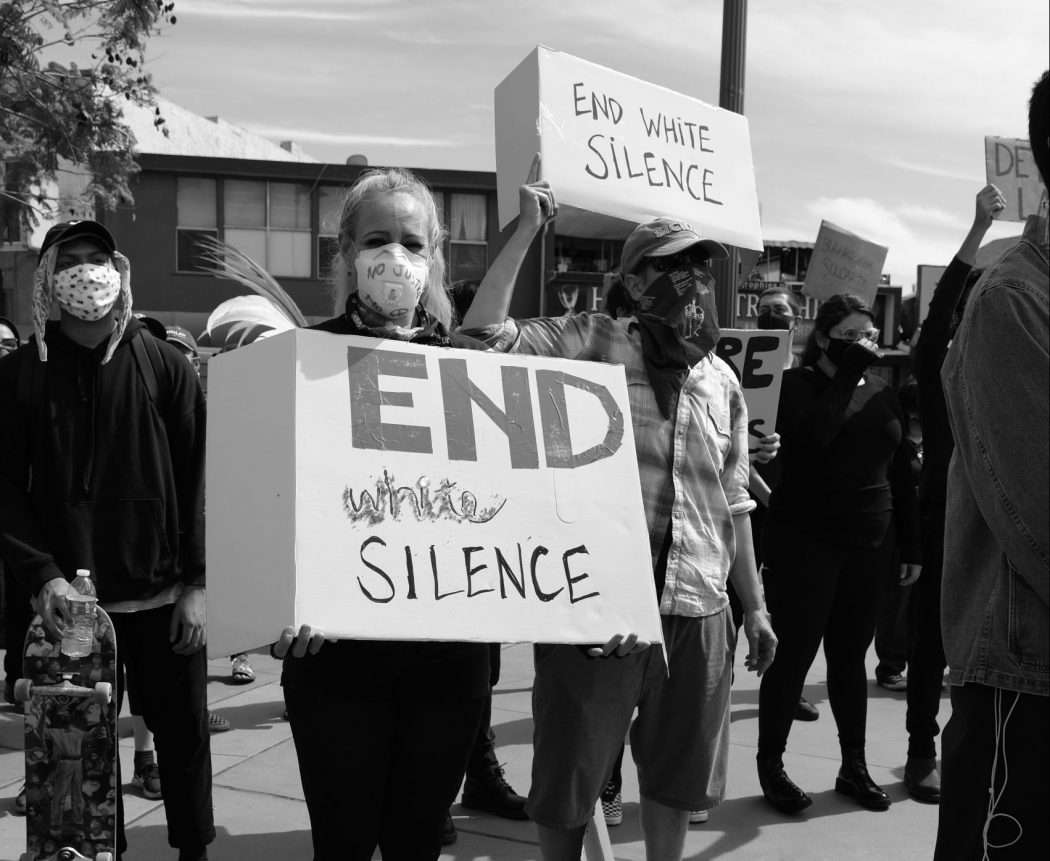 The Race to Understand Racism: A fable for adults and children in 2020

Racism. Since George Floyd’s death, we are looking into its face with new eyes. Our rose-coloured glasses have turned smoky grey. The lenses are smudged and scratched. I’m sure that I, at least, need a new prescription. But I really want to see, even if the looking is hard.

Stories about race are very old. One of the oldest stories I was introduced to as a child is a fable. Its oral origins are believed to be from Greece before it appeared in print as an Aesop fable in 1547. I remember hearing this story in my childhood, and I’m sure I shared it with my own children too. Perhaps you are familiar with it? 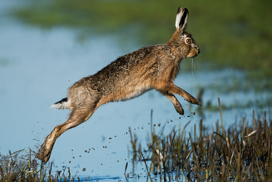 I have to admit that throughout my entire lifetime I never thought much about how this fictional race could help me see racism.  As a child I didn’t question the moral of the story that was often added as a final comment as the book cover closed: “Slow and steady wins the race.” Of course, there are many iterations of this story in countries and generations all over the world, and there are all kinds of moral implications even if they aren’t articulated. I remember thinking this fable was telling me that ‘nobody likes a braggart’; ‘you should never give up’; ‘it’s important to win’; ‘don’t lose sight of your goal’; ‘don’t fall asleep on the job’… This story is so embedded in North American culture that The Tortoise and the Hare story is sometimes alluded to in seminars about how to run an effective business! 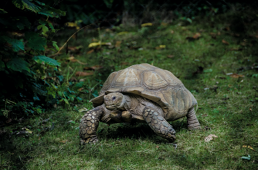 As a parent and educator, I continued to hold onto my childhood understandings of this story.  Until recently it simply didn’t occur to me that this story held insights into my white privilege. In this fable the entire forest community recognizes that Hare believes his sense of superiority is justified and his birthright. For Hare, as well as the other animals anticipating the race, the notion that Tortoise could win against Hare is laughable.  And to make matters even more egregious, the only way Tortoise can dispel Hare’s prejudice and prove himself, is to play by Hare’s rules – to fit into Hare’s definition of what it means to be superior. The parallels between Hare and the role I unwittingly play as a white woman on the inside of white privilege make me squirm.

My rose-coloured glasses have changed to smoky grey.

Algonquin Knowledge Keeper Danka Brewer tells an Indigenous iteration of this story called the Fox and Frog. In Danka’s telling of this story, Fox and Frog both want to be Chief, but there can only be one Chief. In this story, it is the community of forest animals that determine the conditions of the race. They decide on a race that will enable Fox and Frog to draw on their unique strengths. Though each will have to travel the same distance around the lake to the finish line, Fox, who is good at running, will race on land along the shoreline. Frog, who is good at swimming, will race in the water along the shoreline. The forest community sets into motion conditions that will ensure the race is equitable rather than equal.  It’s a good first step. Yet Fox still has a huge advantage. His legs are much longer than Frog’s. The other frogs see this problem right away and find humous ways to give Frog more time to finish the race.  In the end Frog wins the race. He becomes the next Chief, and Fox (who has fallen into a deep sleep just before the finish line) eventually finishes the race alone.

In this Indigenous story, the forest animals do notice the unequal playing field and consider ways to make the race fairer. But the forest community still stops short of seeing all that is at play in this race. Only Frog’s amphibian friends understand the lived experience of being a frog. They are the ones who go the extra distance to be with Frog as allies in this race. The other forest creatures are eerily silent.

Silence is where racism takes root.

As a preschooler I remember watching ‘Cowboy and Indian’ shows on television with my family. Without speaking a word, I retold these stories in my play. I imagined myself as a cowboy riding on horseback at lightning speed – my imagination enabling me to transform the wide railing on my porch at home into a steed, a blanket into a saddle, two 6-quart baskets held together with rope into stirrups, and a skipping rope into reins. I created bows and arrows from sticks, twigs and string and imitated the dances and war cries I had only ever heard on television. No one in my circle of family, friends, or teachers (when I was old enough to attend school) ever talked about the Mohawks of the Bay of Quinte who lived on Tyendinaga Territory just a few kilometers from where I lived. Even now, as a grown adult, I can still recall the feeling I had as a young child when my family drove through Tyendinaga Territory on route to another destination. I felt my own silence.  I felt my uncertainty, of trying to connect the images I had seen on television about Indigenous people to these homes, this land, and these people. I remember feeling on the edge of risk in being in the space of ‘other’.

I feel deep shame and sorrow about these memories now. But my childhood observations, my wonderings and questions were never part of any conversation. Stereotypes, and racist assumptions grew and lived in those vast spaces of silence.

It is profound that the support I’ve needed to rethink my assumptions has come from the very people who in my childhood I saw as ‘other’ – through incredibly intelligent, compassionate, and wise Indigenous people. When my eyes blurred and I couldn’t see their perspectives, these Indigenous friends and colleagues held out their hands to stand with me while I tried to refocus.

I know that my Indigenous friends and colleagues see me as ‘other’ too. They know they are on the outside of white privilege. They live the knowledge that the very existence of privilege is conditional on it being denied to others.

I don’t believe our children need to be told that people are all the same. It’s simply not true. Of course, we have much in common. All of humanity share the need for safety and love, respect, and self-expression. We all feel, cry, laugh and find our identities through culture, ancestors, history and each other.  But we cannot teach our children to be colour-blind. Telling children that they can understand others simply by thinking of everyone as just like us is too safe of a pedestal for white folks to stand on. It whitewashes every ethnicity, and every differently lived experience. It teaches children to stuff all nations into our ‘white’ frame. It lets us off the hook of looking inward to understand why we think and behave in certain ways, and of asking ourselves and others the hard questions about what needs to change to create empathy, fairness, inclusion, opportunity, and sense of belonging for all peoples in this world.

As parents and teachers, it’s not enough to sprinkle multicultural books in our early learning programs, classrooms or homes, or to add dolls of colour, or ethnically represented dress-up clothes to the collection of props and toys children use in their play. While these are important gestures and can be invaluable tools, if we do so without engaging children in conversations about what they notice or wonder about as they read, play and interact with others, we do nothing to change the story of racism that children internalize at a very early age.

I recently watched a video-taped study of young Italian black children being questioned about their understanding of black and white peoples. They were asked to choose between a black doll or a white doll in response to questions about which doll they perceived as pretty, ugly, nice, and bad.  The words, gestures and facial expressions of these young children tell us unequivocally that, in the absence of conversation, children quickly internalize society’s unspoken messages of white supremacy. By virtue of skin colour alone, these young black children already believed the world saw them as inferior to anyone who is white. (The Doll Test, a short video about the effects of racism on children)

Studies show that children as young as 2 are already using race to theorize the actions and behaviours of others. By 4 to 5 years of age, children who have been left in silence to make sense of what they observe in their family, early learning programs, society, and in media, are demonstrating racial prejudice. (Children are not colorblind. How young children learn race).

If we truly want a caring society, if we truly want our children to see that we care about all children and all families, those of us who are on the inside of white privilege must break our silence.

As uncomfortable as it feels, we must talk with toddlers, preschoolers and school age children about what they see and wonder about—about the beauty of differently coloured skin, differently textured hair, differently shaped eyes, and differently celebrated traditions and ways of being. But we cannot stop there. We have to push past our comfort zone of talking with children about cultural diversity to invite conversations about lived experiences—the joys and the struggles. Unless we stop to notice that not even children of colour are playing with the coloured dolls, multicultural Lego people, or puppets we’ve placed in our programs or homes, we demonstrate our blindness to racism. Unless we let go of our belief that children are too young to see or care about race, we give racism the oxygen it needs to thrive. We cannot shield children from racism. They observe skin colour as infants and begin to internalize where they fit in the hierarchy of race and white privilege from the time they are toddlers. Children need us as educators and parents to help them recognize their power and ours to change the narrative.

The story of Fox and Frog still plays in my mind. What if the Fox and Frog story could be retold slightly differently? What if, instead of Fox slumping away alone and angry that he had lost the race, what if Fox went to the water’s edge to reflect. What if he took time to contemplate his advantages, his assumption of superiority in this race? What if Fox and the entire forest community were curious about what it means to be froglike and they listened to Frog and his amphibian friends with the acuity of a bat; the discerning sight of an owl, and the loving courage of a mother bear? What if the race wasn’t about proving which one of them was faster or better than the other? What if instead the race was about understanding and becoming stronger together?

That is a story about race I long for.

Our story of racism can have a different ending.